Playing catch-up again. Here's the Case File from a couple of weeks ago:

And the page I made. The picture is from our last day together when Tracee was visiting last summer. I realize I should've taken another picture, because the closeups I took today show the colors more true, but since it's 5 degrees Fahrenheit right now, I think I'll settle. 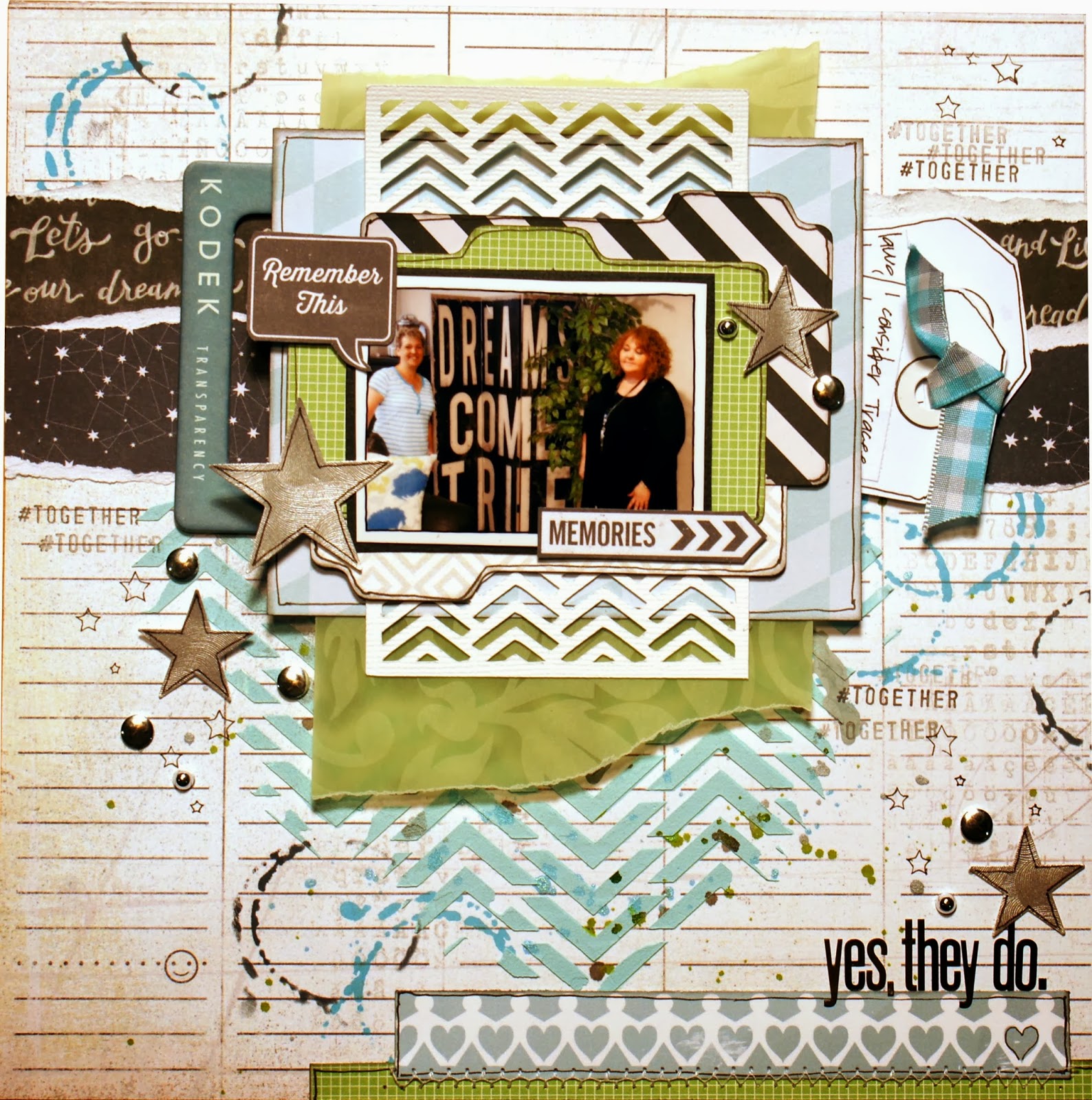 Here are a few details. I used my Silhouette Cameo to cut that chevron bit and the file folders. I used lots of different papers, including BasicGrey (background), Studio Calico (black torn and light blue); Echo Park ("Remember This" speech bubble and Memories arrow). The others are escaping my memory right now.

I found some silver metallic paper and used that with a star punch. 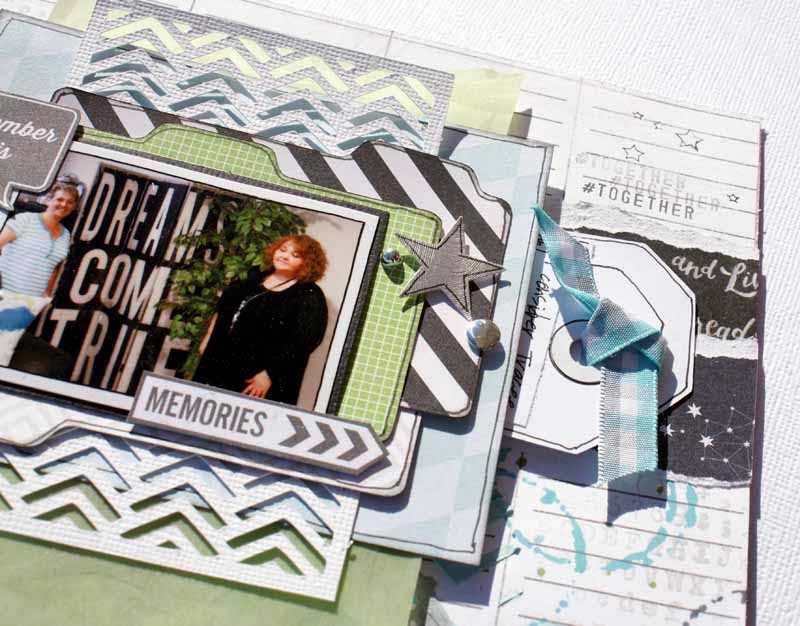 I used a bunch of different stamps. The "Together" stamp is one of those American Crafts roller stamps. The stamped letters are from a Prima stamp. The black and turquoise circles in the background were also made with a stamp, but I can't find it right now in the mess on my desk to figure out who makes it. Those little drawn stars were from tracing a Studio Calico template. The chevrons in the background were made with texture paste mixed with paint and a stencil by The Crafter's Workshop. I didn't initially have that green vellum, but I made a big huge mess under there and used it to cover up the mistake. 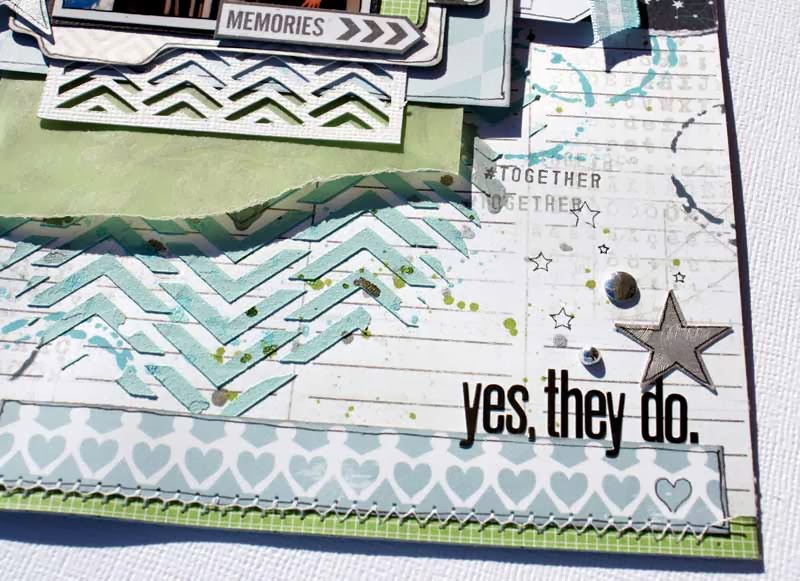 Here's the reveal for this Case File--lots of awesome inspiration by the team and guest designers.

Email ThisBlogThis!Share to TwitterShare to FacebookShare to Pinterest
Labels: CSI, The Crafter's Workshop, Tracee & Me

Love this one!!! So much goodness on one page.

Some seriously awesome details!!! Love this.

This is gorgeous Debbi!! Love all of the layers!!

This looks fabulous! great take with the colors too.. love all those layers under your photo too!!

Love all your layers and mix of papers. Fabulous!

Wow! Seriously beautiful, Debbi! I am always in awe of all the little details you add to your pages. This is absolutely gorgeous! Happy New Year to you, my friend!

Thank you so much for stopping by my blog! I just spent some time checking out your lovely creations and you have created some beautiful and fun pieces