We've got an awesome Case File open for investigation for the whole month of February at CSI: Color, Stories, Inspiration. 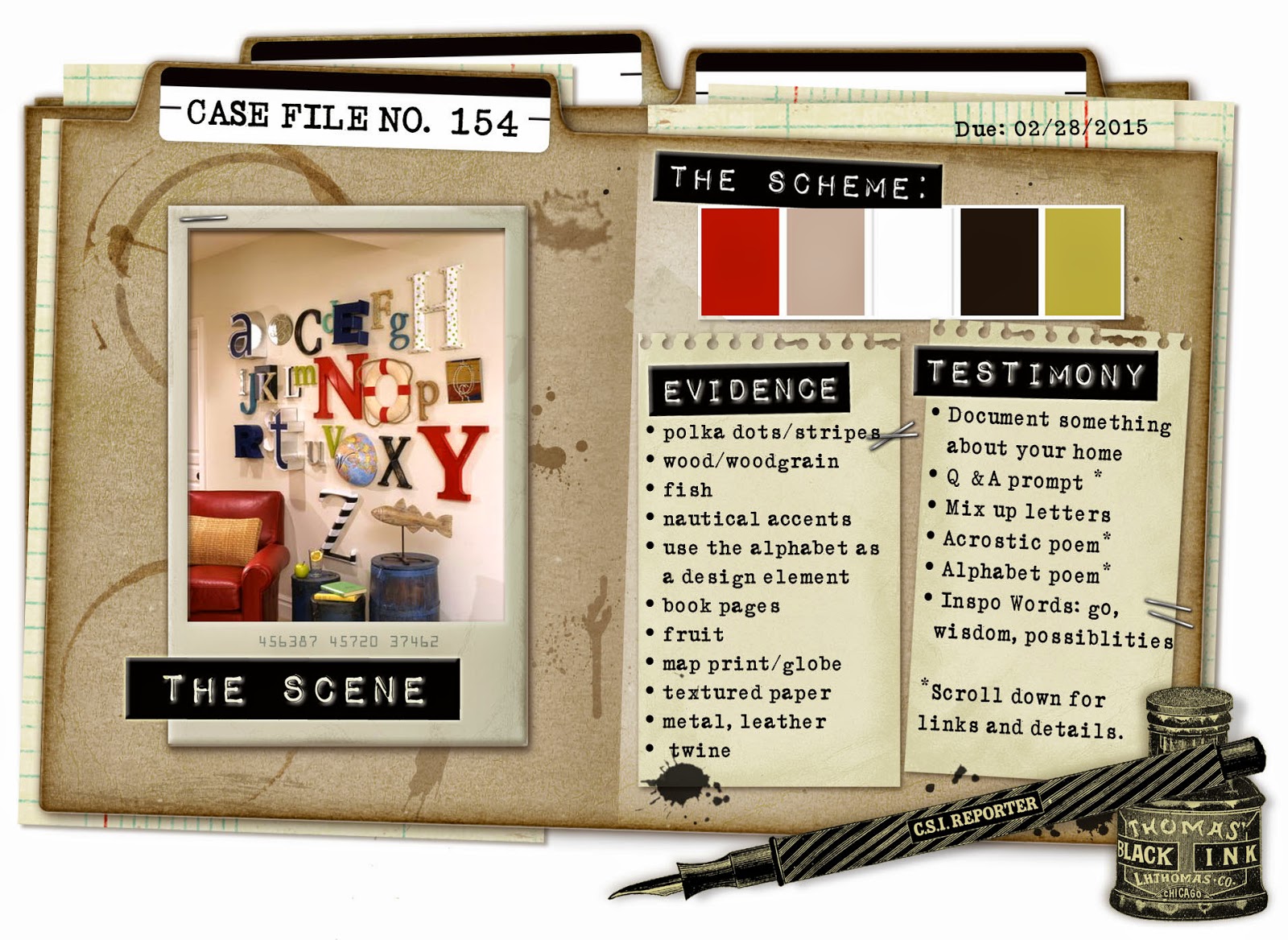 2Crafty is sponsoring us this month, so I've used lots of awesome chipboard on my page. 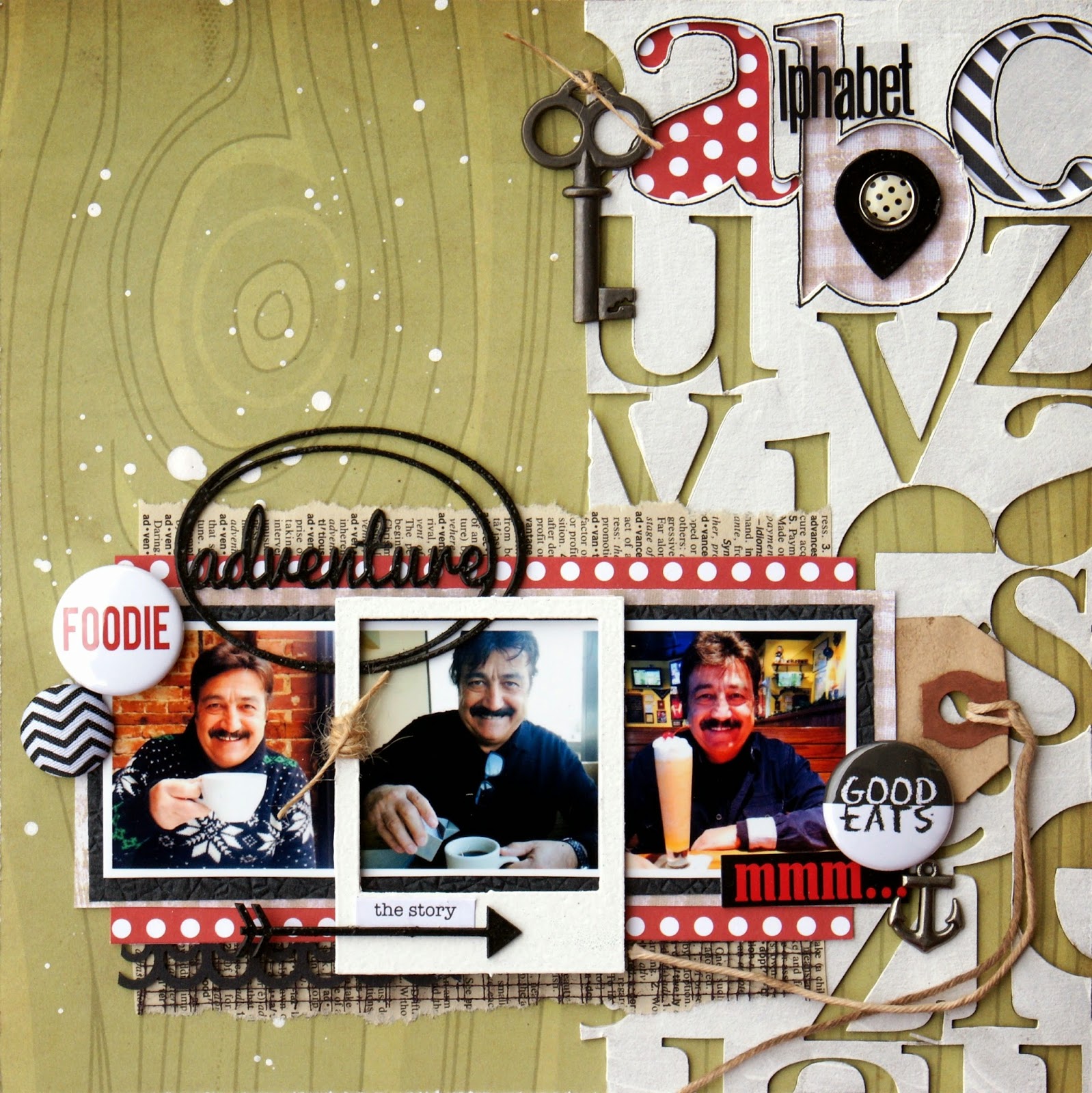 Here are some details. I was so pleased to find this old Cosmo Cricket woodgrain paper in my stash--it was the perfect green for the palette and met one of the Evidence clues.

I removed the chipboard letters from a 2Crafty sheet of letters and painted it with gesso. I liked the rough look it had so I left it with just gesso. I strategically cut it so that the "abc" would be part of my page and backed the negatives from those letters with papers that coordinated with my cluster. I tucked a 2Crafty geotag inside the "b" and added tiny letter stickers near the "a" to form  part of my title--Alphabet.

I tore a page out of an old dictionary that had the word adventure on it. I wanted to add some twine to that spot and used an old K&Co. key as a vehicle for using the twine. 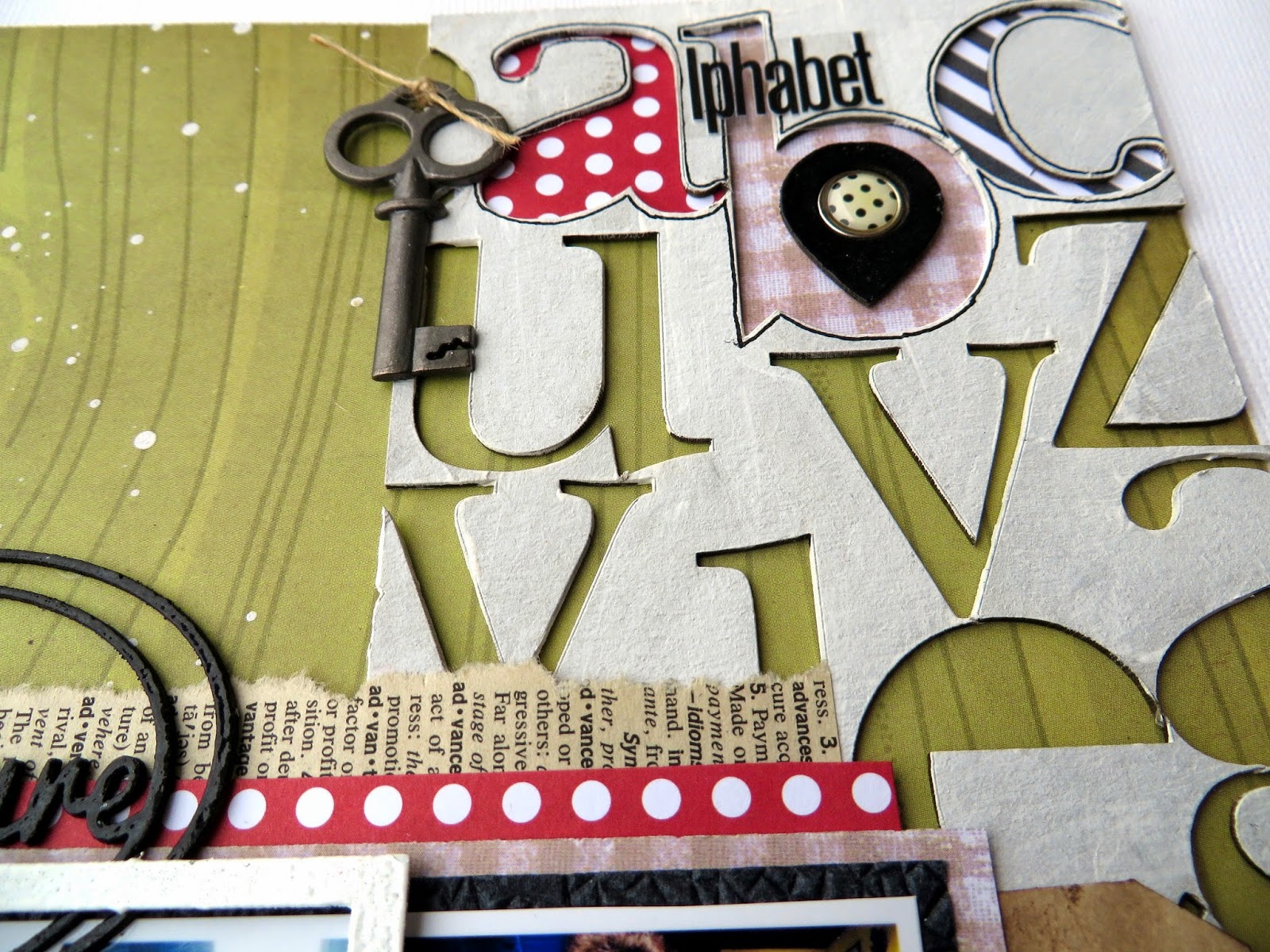 How awesome is that "adventure" piece--it's from the 2Crafty Travel Word Disc Set. I recently bought some flair badges from A Flair for Buttons, and found two perfect ones for this page. 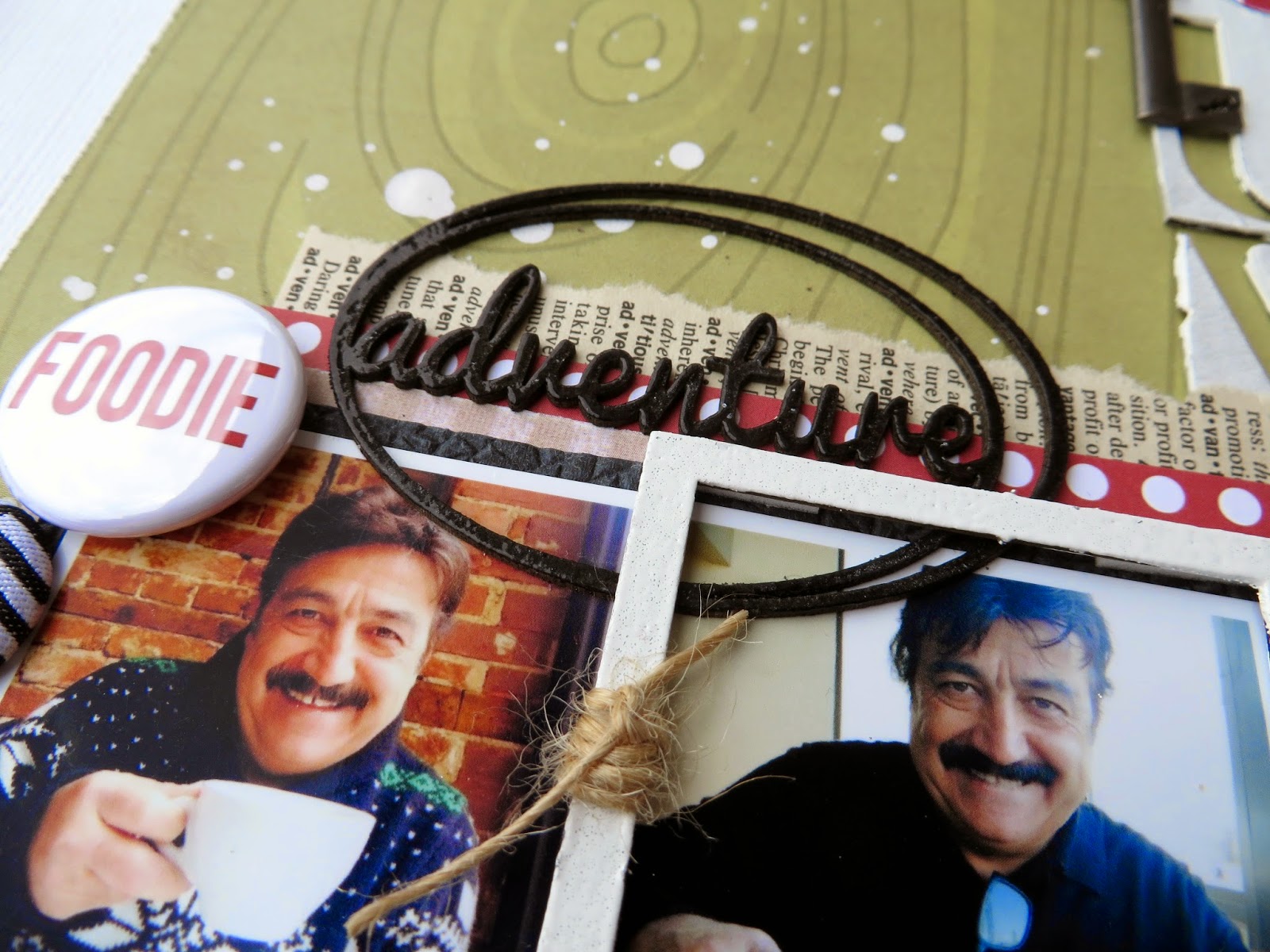 The 2Crafty Polaroid Frame  was another perfect addition to my page and another way to get some twine onto my page. I journaled on the back of my page, so the 2Crafty chipboard points your way to the back. (You can read journaling below.) 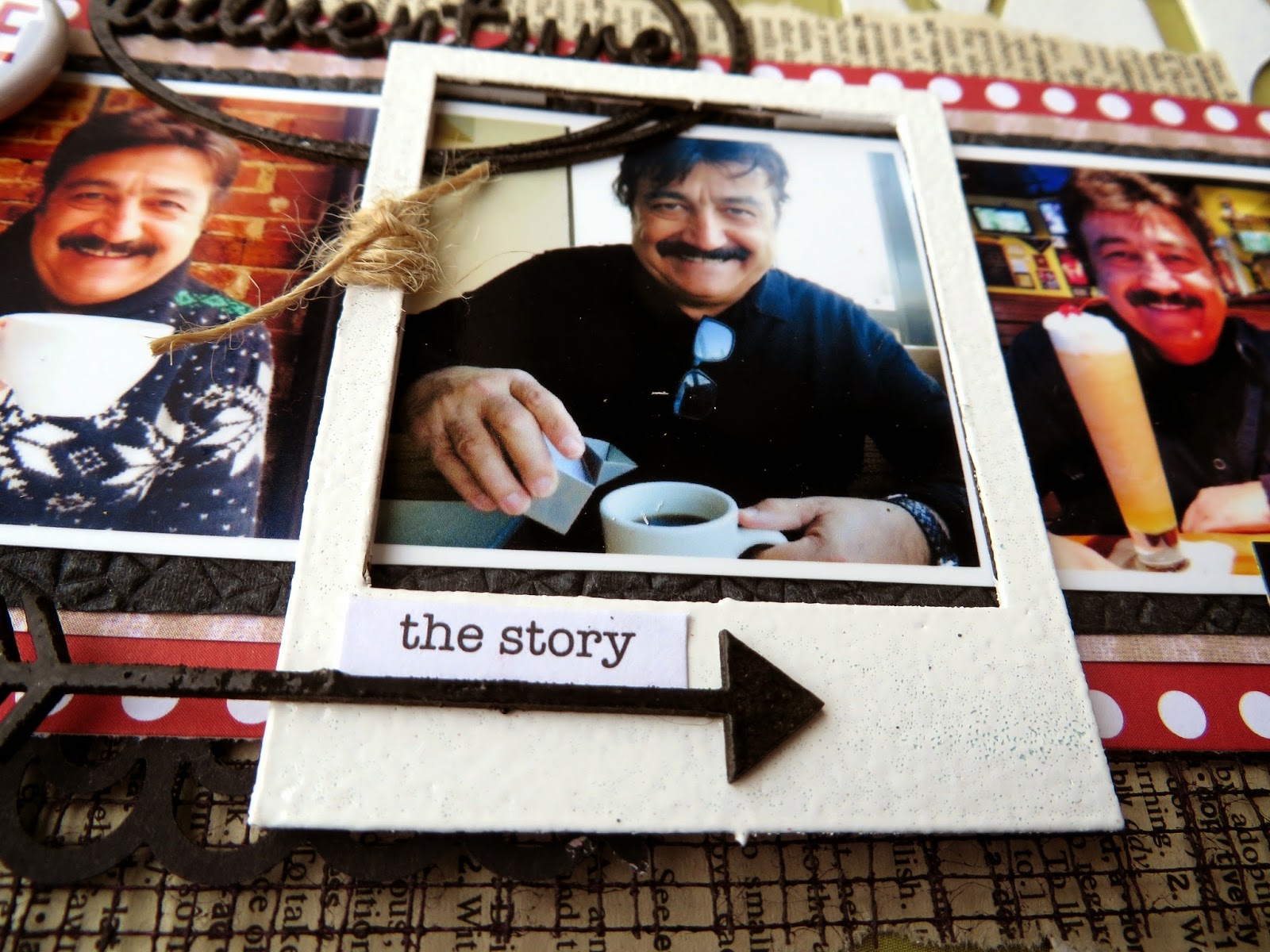 Where should we go for lunch? That was the perennial question every Sunday after church. Until the Alphabet Adventure popped into my brain. It was the perfect solution to this mystery of life that plagued us every Sunday. We used to go to the same few places, and since Farzad always left it up to me and I could never quite decide what I was in the mood for, it was a source of irritation for me.

Now, the possibilities are limited to a certain letter of the alphabet, and it makes my decision so much easier. And so much more fun and delicious!

A the first week, was Alexander's. B was Bonefish Grill. C led us to the Cuban restaurant, Sabor de Cuba (I know, Farzad reminded me that restaurant started with S--but Mom had been wanting to go there forever, so that's where I picked for the C week). D took us to the quirky Turkish-German Doner Bistro. Farzad was away for E, and mom had invited me to her house for an egg sandwich, so I got creative and named that week E. F was Family Meal, the upscale diner by the Bryan Voltaggio. G was our only bad meal of the alphabet adventure so far--Glory Days was just awful. H was a little cheat when we went to That Hummus Place (Farzad said that didn't count because it actually started with a T, but it was either that or the Japanese restaurant Hinodo, and he's not fond of Japanese, so he forgave me).  We had tapas at Isabella's when we reached the Letter I.  JoJo's Restaurant and Tap HOuse was our choice for J. We wound up going there two weeks in a row when our K restaurant was dark when we tried to go. We gave Kabobs and Curry a second try the next week, so we fulfilled our K. Even though I had decided on Los Toltecos for L, they weren't open until 11:30, so we headed to Lucky Corner, which is one of our favorite places, so I didn't mind. At this writing, we've reached the letter M, and we had Thai food at Modern Asia.

It's been an adventure full of delicious discoveries in our town of Frederick. I love this new tradition, and I'm sure it's a Sunday ritual we'll keep for a few more runs through the alphabet. 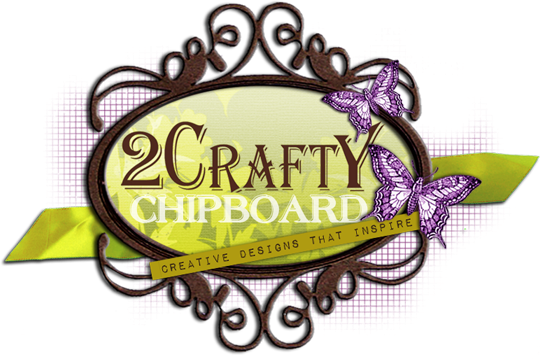 You must come check out all the creative takes on this challenge by our design team and guest designers. And you must come play for your chance to win a fabulous batch of 2Crafty chipboard.

Email ThisBlogThis!Share to TwitterShare to FacebookShare to Pinterest
Labels: 2Crafty, A Flair for Buttons, CSI

You rocked this case file Debbi! Love the design and the photos; but most of all, I enjoyed reading about your foodie adventures 😍

That is an amazing idea about going to different food places using the alphabet... fabulous layout.. love the cutout letters too...

I just love this Debbi!! Gorgeous!!

GORGEOUS as usual!! I may need to do this one ;)

Love this page and the story behind it!! What a great idea going to different eateries using the alphabet. Lucky you are able to find them! Your page is stunning Debbi! Fabulous how you used the blank from the letters sheet in your background!! Fabulous take on the case!! x

I feel a scrap lift coming on = great page!!!