So here are the last couple of layouts I made for Color Combos Galore.

Farzad bought me a gizmo called Sing Stand for Christmas, and it's been a hit with my family. This gadget basically turns my iPod into a karaoke machine. That's my brother-in-law and me singing some Lynyrd Skynyrd, I think. He's so in love with Sing Stand that we've dubbed her his "girlfriend." He even kisses her goodbye when I take her home. (I still need to scrap THAT picture!)

Janet hardly ever gives us purple, so this was a really fun combo to work with. 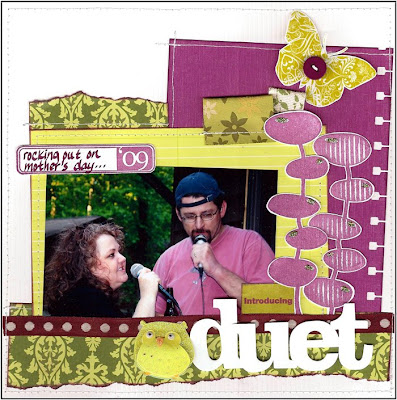 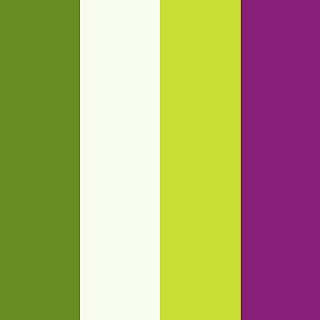 I've decided to start a new album called "Poser" because I have so many pictures of Farzad in Cheesy poses. Here's the first one for this book. 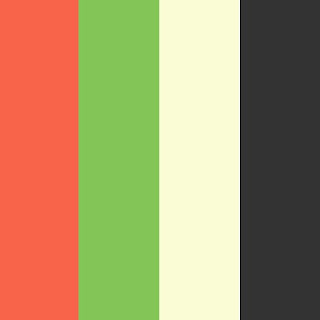 I don't like the way this one scanned. The pink ribbon matches the pink paper a whole lot better in real life, and the butterfly on the bottom stands out against the background better in reality. Not to mention that dang shadow that my EXPENSIVE scanner makes. Ugh.
I recently realized that the fun tear-off strips on Cosmo Cricket's papers can be used for my hidden journaling (you know, the ones that say "flip for fun" and "over easy" and so forth... Journaling on the back of my layout reads:
When I was really little, Gram lived in a house, and I'm quite sure I played outside in her yard a lot, but that was so long ago that any recollections of my outdoor play have faded from my memory. For most of my childhood, Gram lived in apartments, so play kept me indoors. And there wasn't a whole lot in her apartment to play with, so my imagination took hold of some very strange playthings. There was a curious box in Gram's linen closet crammed with all these colorful telephone wires. Why she had all that telephone wire in her linen closet escapes me, but I was captivated by the pretty rainbow-colored strands and would spend hours fondling them and sorting them and twisting them into candy-colored braids. A peculiar pastime, maybe, but I found fascinating fun in that weird and wonderful box of wires. 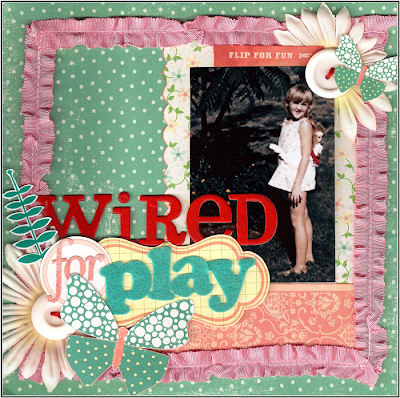 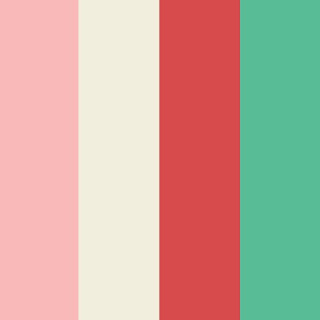 Wow, these are great! I am just loving the way you are using these color combo's!