Love You to the Moon and Back {Stuck?! Sketches Mid-January DT Work}

It's time for another fantastic sketch at Stuck?! Sketches. Take a look at the awesome sketch Laura made for us: 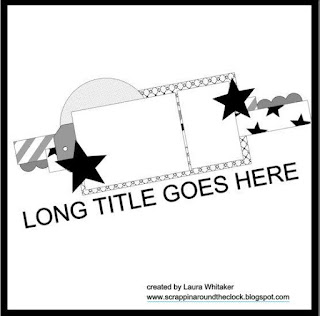 I made another page for one of my students: 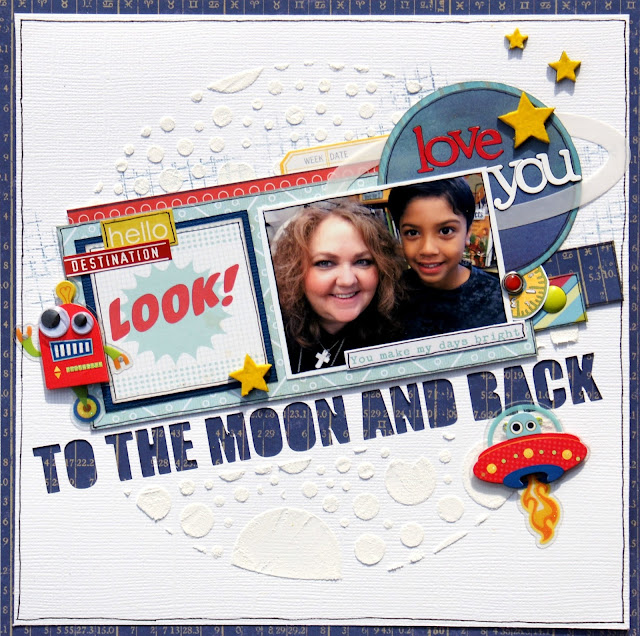 Here are some details. I substituted one of the photos in the sketch with a cut-out from a Cosmo Cricket paper. How cute is that little robot sticker? I got it in a clearance bin at one of the craft stores. That blue paper in the background is by Little Yellow Bicycle. The lighter blue is by BasicGrey, and that strip of red at the top is super-old. It's by Autumn Leaves. 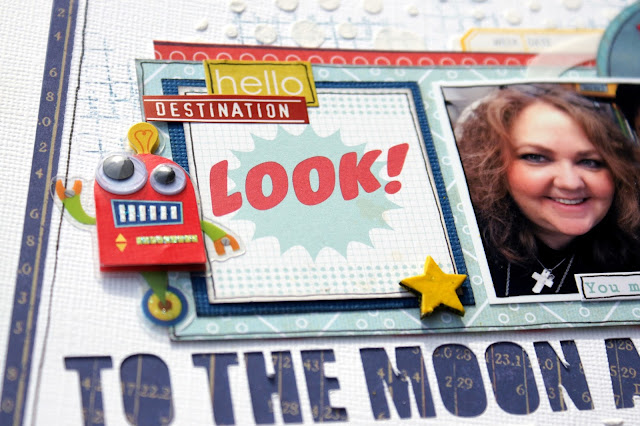 I cut the planet out on my Silhouette Cameo. The chipboard stars are by 2Crafty. That little yellow number thingy is cut from an old Scenic Route paper. The grid stamp in the background is by Kaisercraft. 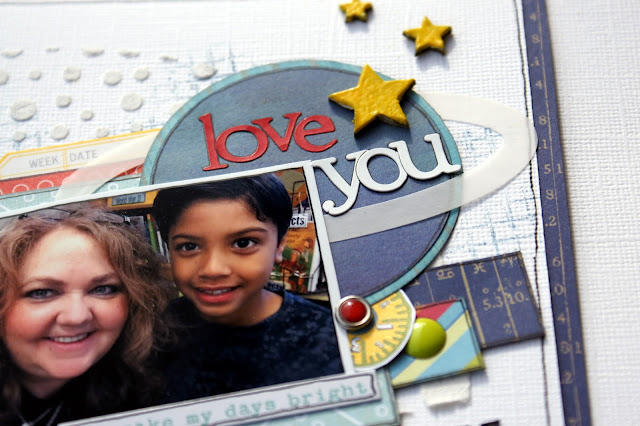 Here's another piece from that Robot clearance pack. So adorable! I cut the title out on my Cameo. The planet in the background was created by cutting a large circle on my Cameo, taping it over top of my white cardstock, and then applying texture paste with a Prima stencil. Then I removed the paper with the cut-out circle. 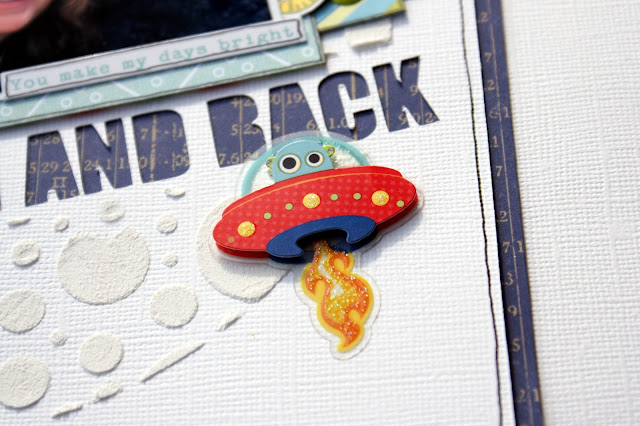 Come check out what the rest of the design team made--seriously awesome stuff, and you'll want to play for a chance to win prizes from our sponsors this month:

I just love your pages! Your pages are just plain fun. I love how you use things that are super old and make them new again. You make me want to go dig in my paper stash because I know I have some of the papers you used. The majority of what I see on videos and blogs and artists who work for companies who are pushing the latest and greatest. That's fun to a point but many of us live in the land of plenty with loaded scrapbook rooms. You inspire me!

Thank you for the sweet words, Deb!

I love this so much, the die cut out title and texture rock!