Yesterday I shared a page I created for our May Major Case File at CSI: Color, Stories, Inspiration. 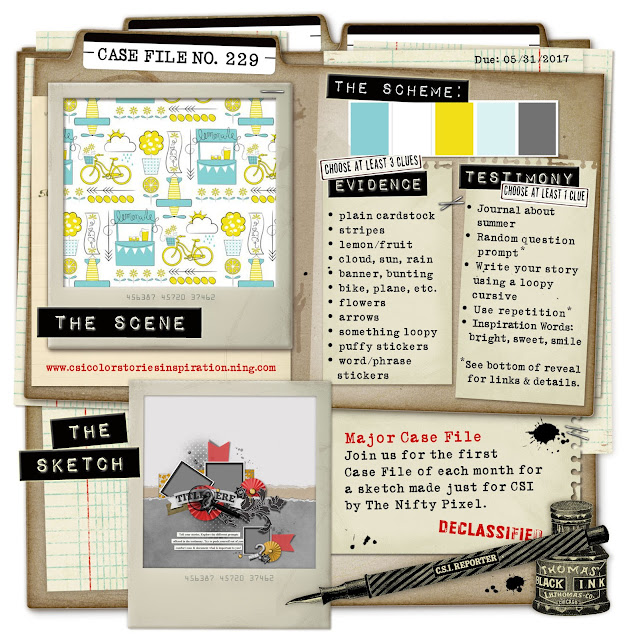 It dawned on me after I made that page that we have The Cut Shoppe sponsoring us, and I knew I wanted to make another page using one of their awesome cut files. I realized after the fact that I forgot all about the sketch. So I made a second page for a friend of mine featuring her adorable children. Clues I used on this one: Evidence: plain cardstock, stripes, clouds, arrow, puffy stickers, bunting, word/phrase stickers, flowers, sun. Testimony: Inspiration word sweet. 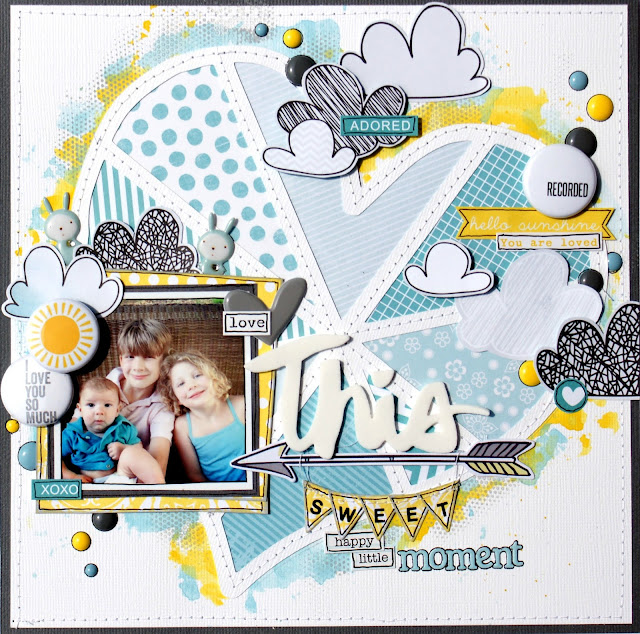 Here are some details. The cut file I used from The Cut Shoppe is called "Pie Hearts." I backed it with papers to match the palette. Most of the papers are pretty old, including some Autumn Leaves MOD paper (the floral paper).

The clouds were cut from an old Amy Tangerine paper. I wish I had bought more of those. They're so fun! I popped some of them up using adhesive foam. The flair badges are from A Flair for Buttons.

I used the packaging technique to add some watercolors in the background and then used grey stamp ink and a Kaisercraft stamp to add some more texture. 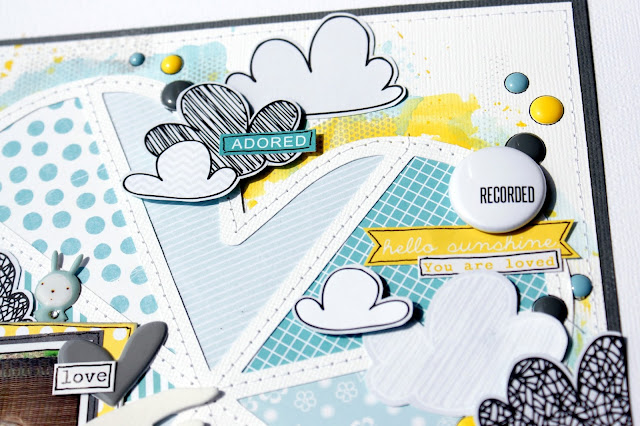 The bunting was cut with a die that I had and I wanted to hang it from the arrow, but it was too long, so I cut off the triangles, added the word with rub-on letters, and sewed them together, leaving some thread on both ends to tie it onto the arrow diecut. 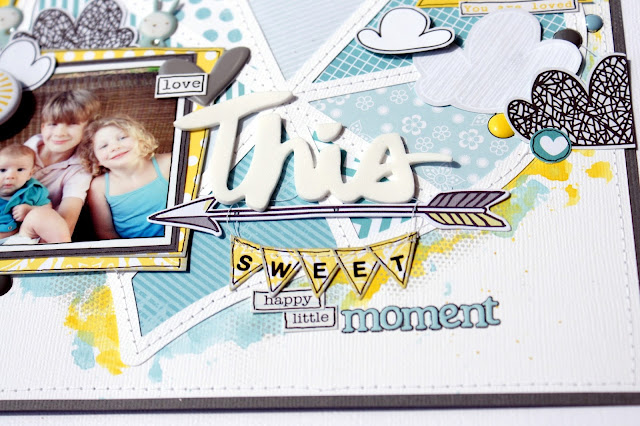 I added some puffy hearts on my layout and then decided it needed some cute animal puffy stickers. I found these little blue bunnies in my stash and had them peeking out of the clouds. 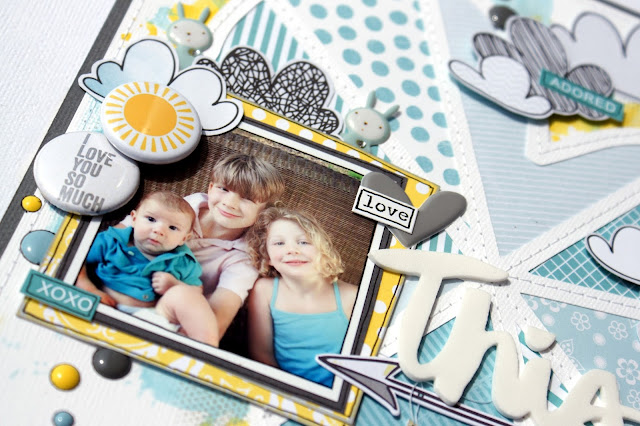 We have ten awesome sponsors donating prizes this month, so you'll want to come play! 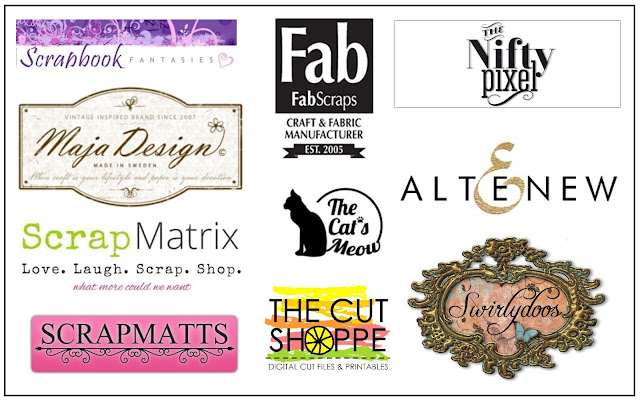 Email ThisBlogThis!Share to TwitterShare to FacebookShare to Pinterest
Labels: A Flair for Buttons, CSI, Silhouette, The Cut Shoppe

I seriously adore this layout Debbie. I love the colours, the cut file, the embellishing - putting this on my scraplift list!
Louise xo

Such a cute and vibrant page, Debbi. That cut file is so neat, and what a great way to use up scraps of paper. Those clouds are really cute, and so are those little bunnies. Great job using the ends of the sewing thread to hang the little banner. Your friend will love the layout you made for her; it's very sweet. TFS ☺

This is adorable and I love the idea of these challenges. Why haven't I been here before!?!?? I've "known" you for years.

I can see I've been missing out. I'll be checking back more frequently. Thanks!

Your layout is gorgeous, as always! Love the big heart with all the different papers, and also the title with the arrow. So cute:-)