Just realized I never shared my second layout I created for CSI's Case File No. 273 and Bramble Fox. I'm making a book for my friend's adorable daughter: 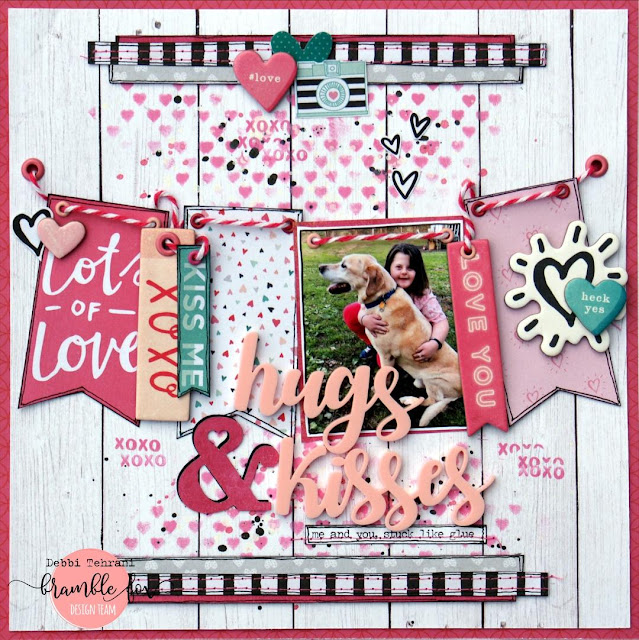 Here are the Case File and clues I used. First, I was inspired by the feather boa on the mantle from The Scene, and I decided to create a banner to hang like that. I used most of the colors, but substituted teal for the green. I documented something the girl in the photo loves for the Testimony clue. And for the Evidence, I used these clues: woodgrain, hearts, Valentine-themed elements, and metal. 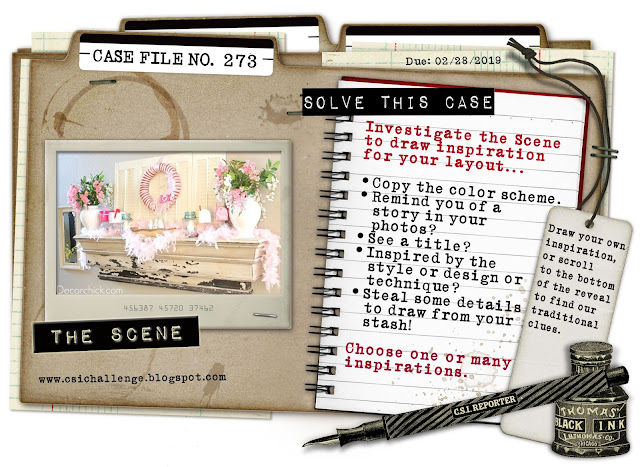 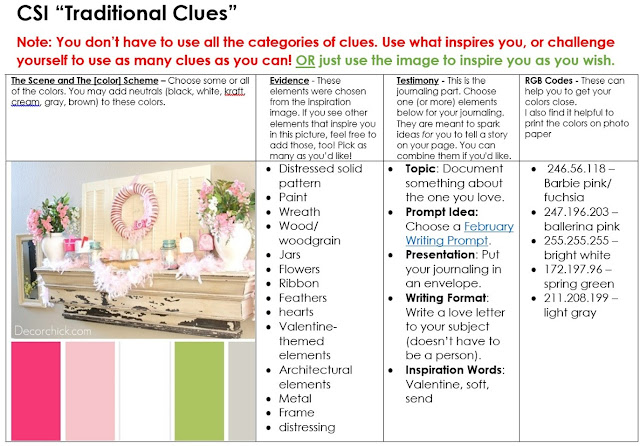 Here are some details. That awesome title is from the February Bramble Fox Fox Box. The Fox Box is a subscription where you get an assortment of Bramble Fox's beautiful Perspextives, acrylic embellishments, including some exclusives. 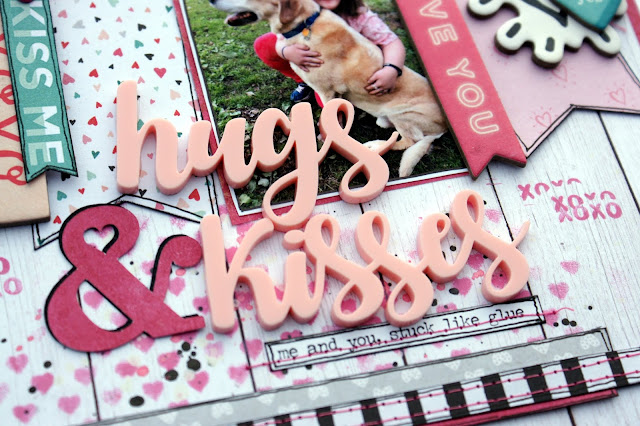 I have a boatload of eyelets from back in the day when they were popular, and I get a thrill whenever I can use them! I used Crate Paper's older Hello, Love collection--a 6 x 6 pad and some chipboard pieces. 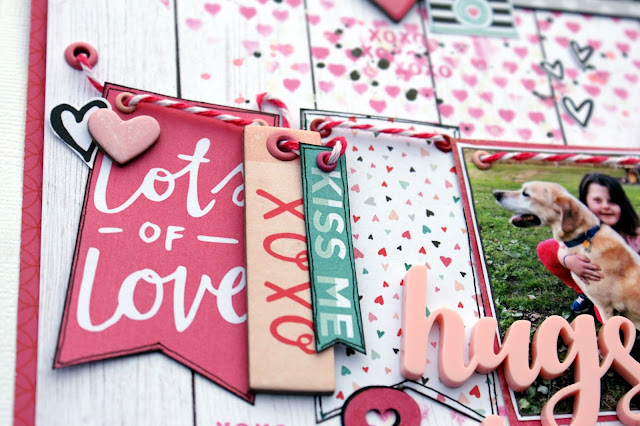 Here's a shot of the other side of the banner. I have to tell you about an oopsie I had when I created this layout. I made the background with the heart stencil and after I put my banner on, I realized the hearts in the background were upside down. Aaarrgh! Fortunately, I had another piece of that wood grain paper, so I cut out the banner, which was stuck tight because of the eyelets, made another background (which wasn't quite as good as the one I had made at first--isn't that always the way), and started over again. Oh, and the borders at the top and bottom had been stitched on to the upside down page too! This page took FOREVER to make! But it all worked out in the end. 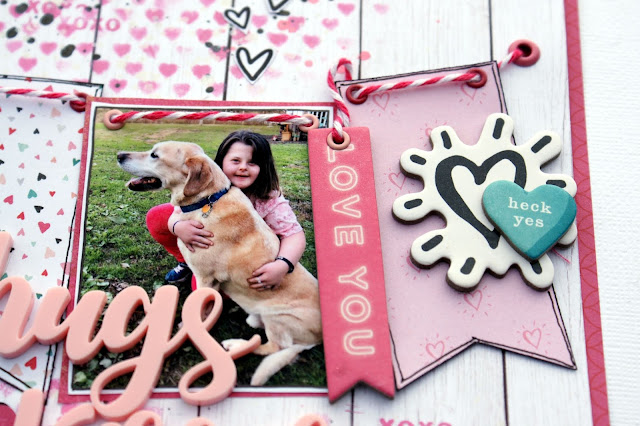 A little peek at the top. The gray paper was from a different collection, as was the darker pink. The floating hearts were cut out of a paper. 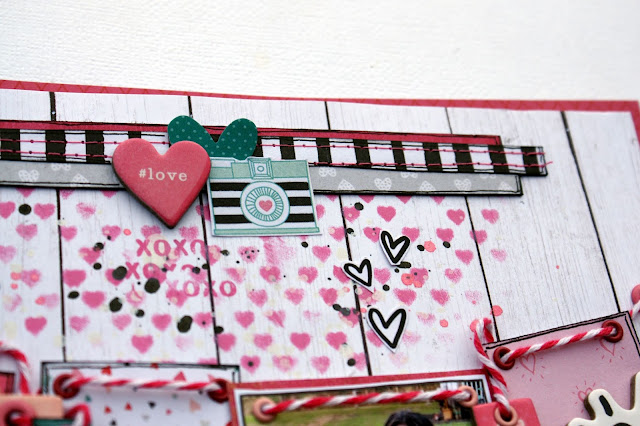 If you want to win some of the fantastic Bramble Fox products, they're sponsoring CSI in March, so be sure to play along for a chance to win!